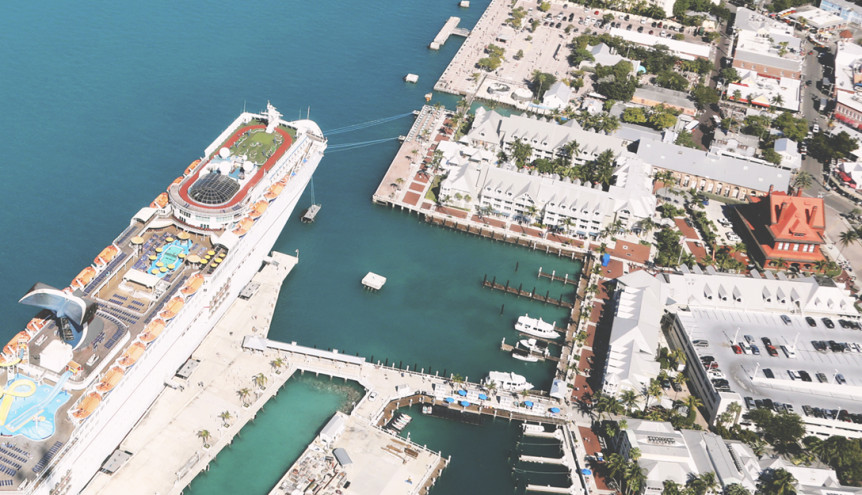 In November 2020, voters in Key West, FL, passed measures to limit the number of cruise line passengers disembarking in the popular tourist destination in an effort to mitigate the spread of COVID-19.

The three referendums all passed with a solid majority vote:

Despite the winning vote, the Miami Herald reported that some Key West business owners were concerned that limiting the influx of cruise ship passengers could significantly reduce their businesses’ revenue. Other business owners felt that a large number of passengers regularly disembarking into the city was damaging the environment and the city’s culture, in addition to creating health concerns.

According to Seatrade Cruise News, Key West is the busiest cruise transit port in the United States. In 2019 alone, 965,000 passengers visited during 417 ship calls. Further, the cruise industry in Key West has an economic impact of nearly $91 million a year and supports 833 jobs.

Seatrade’s article notes, “Restricting ships carrying more than 1,300 people would have a dramatic effect. Based on the same roster of vessels that visited last year, subtracting those with a capacity above 1,300 leaves 12 ships. The total passenger count would be reduced to just under 11,000, and ship calls to 22.”

In the first week of January 2021, Republican Senator Jim Boyd of Bradenton introduced Bill SB426, which would essentially revoke the new charter amendments that restrict cruise lines. The bill questions the legality of allowing local governments to make maritime restrictions and argues that the state alone should have that authority.

According to the proposed legislation, the state should preempt local authorities because “the economic impact of a seaport extends far beyond the boundaries of the local jurisdiction in which the port is located, materially contributing to the economies of multiple cities and counties within the region and to the economy of the state as a whole.”

“Allowing each local government in which a Florida seaport is located to impose its own requirements on the maritime commerce conducted in that port could result in abrupt changes in the supply lines bringing goods into and out of this state, thus disrupting Florida’s economy and threatening the public’s health, safety and welfare.”

The DeCurtis team will keep an eye on this developing story as the results of this legal challenge could have ramifications on the cruise industry as a whole.

At DeCurtis, we provide technical solutions that address the cruise industry’s unique challenges, improving safety and security, driving operational efficiency, and enhancing the overall guest experience. We’re invested in the future success of the cruise lines. If you’re interested in how DeCurtis can help your cruise line, especially during these tumultuous times, visit our website or contact us.

Back to Our Journal

DeCurtis Corporation, a leader in location-and-proximity-based software solutions, is proud to announce that the DeCurtis Experience Platform™ (“DXP™”) is driving a new kind of cruise experience onboard Virgin Voyages’ fleet....

DeCurtis Corporation, a provider of location and proximity-based software to the travel and hospitality industries, today announced the receipt of a substantial strategic investment from Invictus Global Management, LLC.    DeCurtis...

DeCurtis Corporation, the premier provider of location and proximity enabled solutions in complex indoor environments with a focus on health, safety and security, operational enhancement, and experience evolution, is pleased...